After one and a half years of extensive research we are exhausted but ecstatic to present to our fans and critics the third volume in the “Can You Feel It?” compilation series. This time our journey leads us through various musical styles, originating from countries as diverse as Barbados, Guyana, Germany, and the US. But the one quality these tunes all share is that they, once again, will make you get up, get down, and get ready for some more highly underrated MODERN SOUL, DISCO and BOOGIE!

SIDE A: Compton Hodge, originally from Georgetown, Guyana, South America, recorded his self-released debut 45 “I Wanna Dance” in 1978. Some 2500 miles up north in New York, Kip Carmen, of Montauk Indian descent, put out “Stampede” two years later. Right next to the Canadian border in Detroit, Michigan, the Vernon brothers were doing their thing as Monofide in 1981. Just like the latter two records, original copies of H. Andrews & Company‘s 45 are super easy to find. Alhough they may be easy to find, it is still up to us to elevate them to ‘Tramp Records’ status, therefore these three quality cuts have made their way onto our CYFI 3.

SIDE B: Recorded one year prior to their never-released “A Distant Star” album, Teakwood‘s “Can You Dig It?” has developed into a certified Rare Groove classic. The contribution of Parnassus is quite obscure as is “Take The ‘A’ Train” by Hot Cakes while Third Stream is best known for being featured on “Praise Poems 2“.

SIDE C: Our absolute favorite track on this album is by blues singer (James) Van Buren. Released on 45 in 1983, “Bronco Queen” with its positive and uplifting vibes will certainly put a smile on the face of all our listeners. “S’port City Rock” as well as “Turn It Out!” (previously unreleased!) are boogie-funk specimens at their finest, which, without doubt, will set any dance floor on fire! JAVA released their one and only 45 in 1983. “Say Wah Choo Mean” was the b-side which could explain why the song is still relatively unknown in boogie collector circles.

SIDE D: …starts with a track from Barbados. Ivory‘s “Warm Love” is a wonderful composition just as is “So Trusting” by James Kelly Duhon (featured recently on Praise Poems 7 along with another great song). The band Nature from Germany delivers the feel-good love song “She’s The One” which has a similar positive vibe as “My Woman, My Woman.” The album finishes with the sexy “Feel-In” by Florida’s The Unit III.

So there you have it, 17 obscure but brilliant Disco, Modern Soul & Boogie grooves of which all but one song have not been compiled anywhere else. We sincerely hope you enjoy our guided tour back into the late 1970s and 80s Disco era. 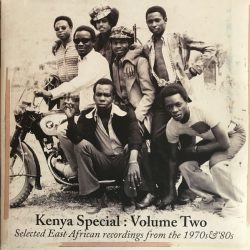