Brown Sugar were formed by three young teenage girls – Pauline Catlin, Caron Wheeler and Carol Simms in South London in 1976. In the short period of time 1976-1980, the group – working with Dennis Bovell on the mixing desk and John Kpiaye (‘Brownie T) in the studio – recorded barely a handful of singles on the new Lovers Rock label, a number of which went to the top of the UK reggae charts. But success stopped there, and with no album release and no industry support the group broke up in the early 1980s.

Despite their relatively low-key mainstream public exposure Brown Sugar (and the label on which their first records appeared) announced to the world a new genre of reggae music, Lovers Rock, which spoke for the first time with the sensibility of a new segment of British society; that of first generation-born Black British female youth.

And while Lovers Rock became synonymous with sweet love songs, Brown Sugar’s music in fact expressed far more; a righteous pride and consciousness in being Black and British, a political stance more often associated with UK roots groups like Black Slate, Aswad, Misty in Roots and other British reggae acts in the late 1970s. Brown Sugar were in fact their own genre of ‘conscious lovers rock’ – an expression of ideological black cultural pride.

Brown Sugar’s handful of three-minute love songs (often plus extended dubs) somehow manage to encapsulate all the complexities of identity, sexual politics and youthful righteousness of Afro-Caribbean youth living in Britain in the 1970s. Songs such as ‘I’m in Love with A Dreadlocks’, ‘Our Reggae Music’, ‘Black Pride’ and ‘Dreaming of Zion’ spoke with a straightforward righteousness and consciousness that few roots groups could hope to match. The fact that they were all teenagers is even more striking.

In the mid-70s British reggae came into being as first generation Black Britain was able to find a voice able to express the issues of growing up British with Caribbean roots. This came about in two different ways – the British roots music of (essentially male) groups such as Aswad, Steel Pulse and Black Slate – and Lovers Rock, the expression of a black essentially (but not totally) female consciousness – Brown Sugar, Louisa Mark, 15-16-17, Marie Pierre, Janet Kay, Carroll Thompson, Jean Adebambo and others. And significantly, while British roots music was a variant on a Jamaican style, Lovers Rock was uniquely British – the first authentic British reggae sound.

Dennis Bovell comments, “For Lovers Rock we needed a pulpit, a way of saying ‘this is the style’. Sound systems were already saying ‘this is lovers,’ brandishing it in the dance. Our intention was to create a style of music that my generation could identify with – one that had a beat, and you could dance to with your partner in a sound system setting.”

Dennis Bovell’s mixes for the group gave a further dimension to Brown Sugar records – a sound system mentality, adding sound effects and dub elements. ‘I’m in Love with A Dreadlocks’ was the debut release for both Brown Sugar and the Lovers Rock label, a fitting calling card for both. The record was a hit on many sound systems across the UK, reaching the top of the reggae charts.

John Kpiaye: “They never put out an album. And all these records were seven-inch singles; when 12-inches turned up it just killed the seven-inch.”

Although the career of Brown Sugar was short-lived, their legacy and influence remains significant and now, 40 years on from these first records, all of the members are still involved in music. Pauline Catlin has recently re-launched her career under a new moniker, Shezekiel; Carol Simms, aka Kofi, remains a successful solo artist, one of the queens of Lovers Rock; Caron Wheeler, after leaving Soul II Soul at the end of the 1980s, embarked on a solo career, before re-joining the soul super-group which she continues to front to this day. 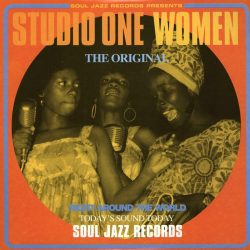 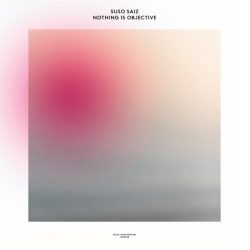 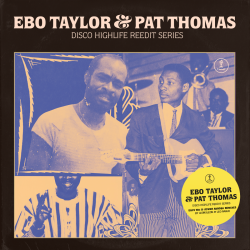 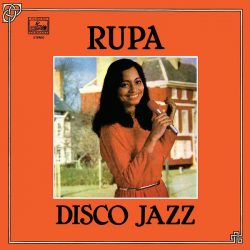