In Search Of Hope

From his earlier work with pioneering London production outfits like Bugz In The Attic, DKD, Silhouette Brown, Blakai, Likwid Biskit, Neon Phusion and Agent K, to his recent releases and collaborations with Dego and the extended 2000black family, Kaidi Tatham is one of the most quietly influential British artists of his time.

2008’s ‘In Search of Hope’ is the second solo album from Kaidi Tatham and the first under his own name. It pushes the musical boundaries of electronic and dance music in a way that is still rarely heard today. While the album retains its contemporary London influences, it allowed Tatham to stretch out musically in a way he hadn’t done on record before. The majority of the album’s tracks aren’t in the standard 4/4 time signature that most contemporary dance music follows, and some switch between a handful of different time signatures over the course of a few minutes. In a way, the album could be viewed as Tatham’s mission statement and a sign of what was to come from him as an artist: uncompromisingly and unapologetically sophisticated modern black music. His face melting virtuosity never gets in the way of coherent groove, melody, harmony and arrangement. Originally released on Tokyo based label Freedom School and recorded on a modest set up at his flat in south London, ‘In Search of Hope’ has become a holy grail record for dance music fans and jazz heads alike. Its mythical status is spurred on by the fact that it was unavailable digitally, until now, with physical copies fetching astronomical prices online, especially considering how recently it was released compared to other records that reach similar prices. 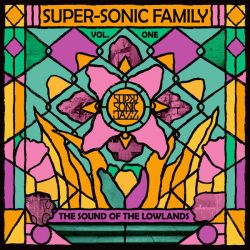 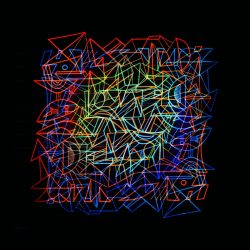