Gondwana Records are delighted to announce the signing of composer, bassist and producer Phil France. A key collaborator alongside Jason Swinscoe in the Cinematic Orchestra, France was responsible for some of the most heartrendingly beautiful music created in recent times. Co-writing, arranging and producing on the Cinematic Orchestra albums including Everyday, Man With a Movie Camera, Ma Fleur and also the triple award winning soundtrack for The Crimson Wing nature documentary, France’s skills have always extended beyond his bass-lines.

France who signed a three album deal with Gondwana earlier this year, is currently working on new material for release in Autumn 2017, but first up is a worldwide re-release for his debut solo recording, The Swimmer, a beautiful beguiling “soundtrack” for a film that hasn’t been made yet. Originally released in October 2013 it is deeply emotive and epic in scale and draws it influences from the great second wave of film composers including John Carpenter and Vangelis, as well as minimalist composers such as Steve Reich and Philip Glass. France’s skill, in this album, as well as his work with The Cinematic Orchestra, is in soundtracking human emotion – The Swimmer is full of heartbreak and recovery, strength, honesty and frailty, it is meditative and hopeful. The Swimmer will be released on 27th Feb 2017. The Swimmer will be supported by three remixes: Joy Of Brass – Mr. Scruff Remix The Swimmer – Graham Massey Remix (808 State) Transition – Kristian Gjerstad Remix Full servicing to all key media with reviews in Mojo, Record Collector, BBC Music Magazine, Jazzwise and DJ Magazine expected. The album and mixes will be serviced to all key international DJs with support from Gilles Peterson and Lauren Laverne on 6 Music, Ross Allen, Patrick Forge, DJ Lefto and beyond. 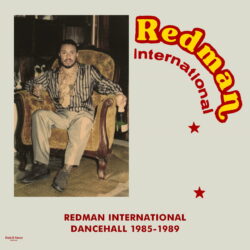